Our beer is made from the highest quality Czech barley. 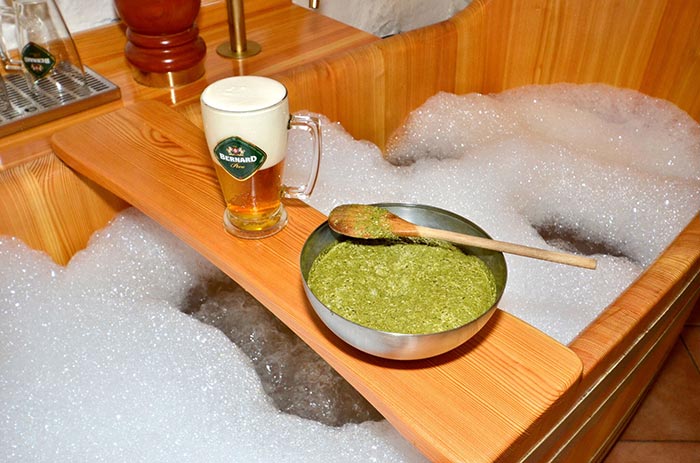 It wasn’t uncommon to find the pubs of long ago with posters and ads covering the walls that said things like, “Beer does a body good” or “Beer for better health.” So it’s no surprise that beer spas have survived through the ages.

History of Brewing and Malt

History of beer production reaches 7th century BC, when beer was, by a little mistake, discovered by the ancient Sumerians. Method of beer production started in a wrong way of grain storage.Grain was stored in earthen containers, into which water flowed and thereby discovered the principle of fermentation. The result was a drink with pleasant and refreshing taste.

In modern time, past about 200 years beer is brewed in breweries. For its production is needed grain malt, water, hops and yeast. In some countries the beer adding various spices.

The way of beer production did not change during centuries - it starts with malt grinding follows with brewing. The wort is then cooled, yeast are used and then taking place a main fermentation. This beer stock is stored in beer tanks, where the beer is laying and aging. After that the process is followed by diatomite and microbiological filtration. Here all beer lovers are delighted, now beer is bottled and shipped.

Barley malt – the basic raw material for production of quality beer. The process of making malt for beer spa Prague Bernard is following. In the malt-house quality selection of barley is brought, grain is then cleaned and sorted, to be used for beer production. Grain is stored and then soaks in grain soaking tub. Barley must be a little germinated for good beer taste and after it´s ready for kilning process. The modified barley, actualy now it´s already malt, it´s stored and ready for shipping. 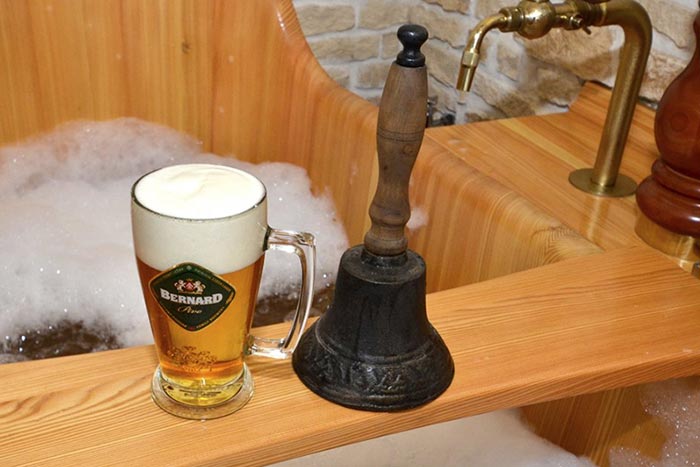 What makes Bernard Beer different from others?

Beer Bernard®, used in our Beer Spa is made the traditional way with top quality Czech hops. Because the beer is not pasteurized, the quality, taste and aroma are preserved.

Beer Bernard differs from the others for the following reasons

For questions or assistance with reservations, please contact us

Beer spa Bernard in the center of Prague

info@pivnilaznebernard.cz
we respond quickly, however always within 24 hours